Laptop Will Not Suspend After Kernel Update Ubuntu 16.04

I upgraded to Ubuntu 16.04 as a fresh install on my HP Stream 11. It went well and the standard issues like Wi-Fi or touch pad not working were non-existent. The only issue I found after the upgrade was a failure to suspend when I closed the laptop’s lid. This is a known bug and will be fixed in future releases but I was able to resolve the issue for now.

You will want to edit a line in your logind.conf file.

There are a lines commented out that you could edit but I just dropped this line in to the file at the bottom. 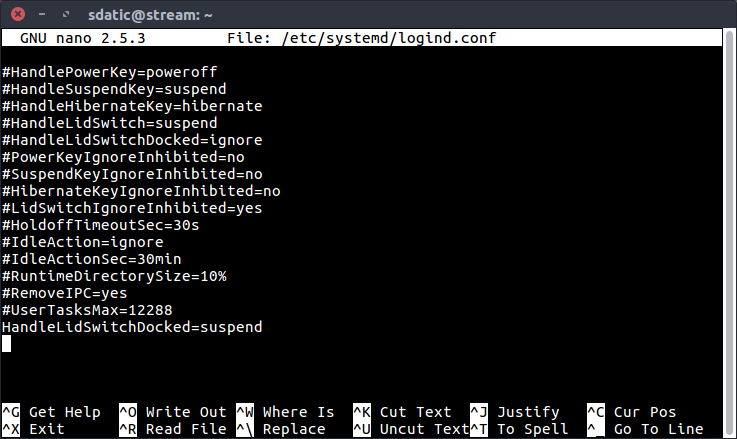 The setting should be fine, even after a kernel update. I also noticed that my computer needed rebooted twice for the fix to take effect. It actually hung during suspend after the first reboot.